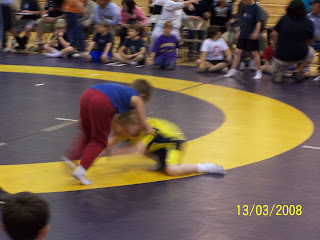 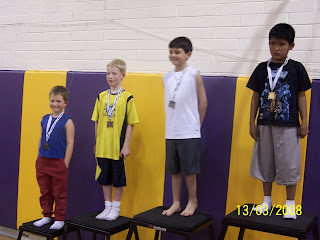 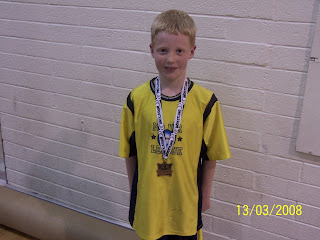 So Clay wanted to be in the K-5 wrestling clinic for 3 days then they had a tournament on the 4th day. I thought that this would cure him of wanting to ever do this again, boy was I wrong! He has the wrestling bug. He came home the first day and was bent over for about 3 hrs. because one of his friends had nailed him in the chest. I asked him if he was through, and he said he was to tough to be through. The second and third days were rough but he is one tough maniac on the mat! His tournament was tonight and he lost the first, one the second and immediatly had to wrestle again. He did lose that one, but he wrestled a really good Indian boy. So he ended up with 3rd place!!! He is already talking of doing this next year.
Posted by Skousen Seven at 6:46 PM 8 comments:
Newer Posts Home
Subscribe to: Posts (Atom)